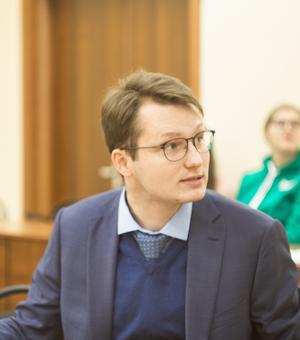 Alexander Davydov is a first-year graduate student at MGIMO University specializing in Russian foreign policy and diplomacy. He earned his bachelor’s degree from MGIMO at the Department of International Relations. In his research, he is mostly focused on the economic relationship among states, the interrelation of domestic and foreign economic policies. His current master’s thesis is dedicated to the role of non-governmental actors in maintaining the relationship between Russia and the West. Alexander interned at the Russian Ministry of Foreign Affairs and the Ministry of Defence, as well as in the international consulting agency Schneider Group. In 2017-2019, he led the MGIMO German Studies Club which is part of the MGIMO Student Academic Society. Alexander speaks English, German and Spanish.