We Need to Talk: Three Principles for Building Bridges at Home

Growing up, I spent Sundays with my eyes closed and arms raised in heartfelt praise and worship. My mom’s parents were missionaries, and my dad is a pastor. As a conservative family, the Christian call to be “in but not of” the world around us was epitomized by Hollywood, just 10 minutes away. All of my closest relatives and friends shared my faith. 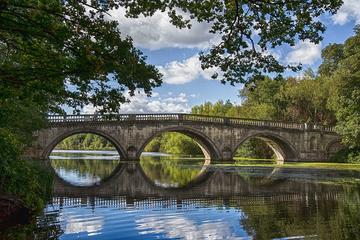 Going to liberal-leaning universities in California, France, and New York pressure-tested everything I believed. The exposure to very different worldviews led me to question my own certainty and reexamine my beliefs from new angles. My politics shifted left over time, and I am no longer a practicing Christian. Though my family relationships remain strong, our ideological splits now sometimes cause tensions.

The culture clash I experienced in college has intensified across the United States. Even before the Jan. 6 Capitol attack, experts were warning about increasing political violence. With my social and professional circles spanning the polarized, rarely overlapping spheres driving our fierce national debates, I have a unique view of what’s dividing us. It’s not just diverging views — though those are real and deep — but also how people talk about, but too rarely with, those on the other side. At a time when the rift among Americans can feel as if we live in different countries, we should draw lessons from international dialogues to start building bridges at home.

Pursuing a career in a foreign affairs field, I’ve been struck by parallels in the dynamics between countries and the one I’ve wrestled with in my personal life. Negative stereotypes, opposing narratives, and perceived grievances on both sides have often led to heightened tensions between nations, with the effects rippling through their societies. Sound familiar?

Read the rest of the article at Inkstick