The Biden administration’s actions towards Vladimir Putin’s Russia are rooted in flawed assumptions about what constitutes effective policy towards Moscow.

By agreeing that Russian president Vladimir Putin is a “killer,” President Joe Biden has unnecessarily complicated chances of cooperating with Russia on vital issues of U.S. national interests and global security. This includes nuclear arms control, climate change, cyber warfare, and Iran, for starters. Biden may have deep disregard for Putin, which stretches back to the last days of the Obama administration, and his tough talk may play well with American domestic audiences after four years of former President Donald Trump’s unseemly Putin flirtation. But never has a U.S. president gone so far as to personally denigrate any Russian or Soviet leader. Such an event is unproductive and emblematic of a deeper lack of strategic regard for the extremely high stakes inherent in America’s confrontation with Russia. By fanning the flames of this confrontation and by continuing to treat Russia as a pawn in U.S. domestic politics, Americans ignore Russia’s profoundly important role in international security. Such a direct insult of Russia’s head of state, even if followed up by proactive U.S. outreach for pragmatic engagement, could hinder progress on the many aspects of Biden’s foreign policy agenda that require Russian cooperation. 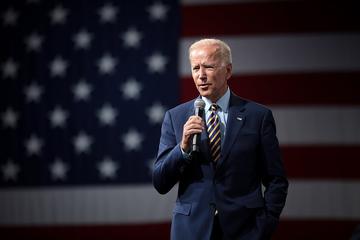 I say this as an advocate of human rights, democracy, and global peace. Biden’s gratuitous outspokenness will not promote these values and is neither in America’s interests nor those of global security. Whether or not Putin directly ordered any of the political murders (accomplished or attempted) over the past decades is something no one knows with certainty. Still, the Kremlin’s lack of serious investigation into any of these crimes certainly condones them—which is an indictment in itself. Sticking to established facts that are impossible even for Putin to deny would have put the Russian president on the backfoot and narrowed the scope for Kremlin umbrage. Moscow’s angry reaction to this event, no matter how calibrated it may be, will add to the accumulation of U.S.-Russian divisions and clashes over three decades—clashes that matter for four reasons to be considered together.

Read the whole commentary on the website of National Interest.